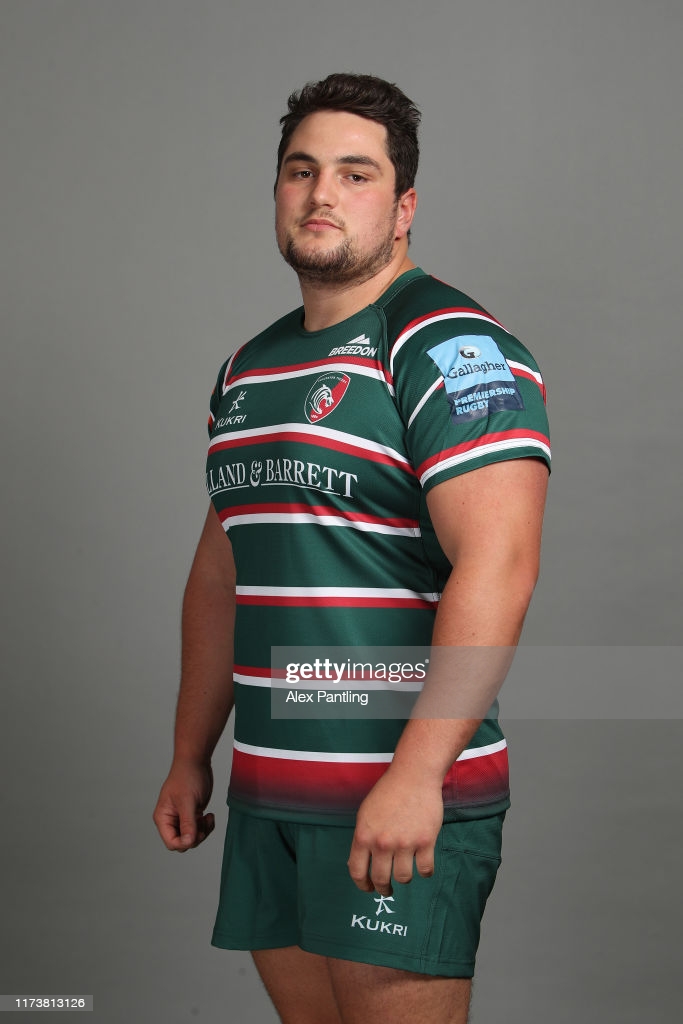 Owen, 24, plays for Nottingham Rugby - where he has just signed a 14 month contract.

Peter Barrow, who prescribed and made 2 pairs of orthoses for Owen said, "We hope to make Owen faster - by improving the way his feet work as propulsive levers - and at the same time also increase the stability of his ankles. He's a great lad and if Rugby Podiatry can contribute to the success of his professional rugby career it will be very satisfying. It has been a couple of years since the Practice has been involved with sports professionals - we made several pairs of orthoses for Coventry City FC. I am delighted to be involved again with elite-level sportspeople and will take a close interest in Owen's progress."

At this level of sport two pairs of orthoses are necessary, says Peter. One ultra-lightweight pair has been machined especially to fit into the tight rugby boots and the other pair is for Owen's day-to-day footwear. "It seems to be important that the muscles of the lower limbs get used to the feet being in corrected positions at all times," said Peter.

Flexibility is generally a good thing. What happens when you're too flexible though...

Today we took delivery of a multi-diode Charlie head for our ASA Multi-Lock-System laser.

I have had an excellent experience here. Everyone was incredibly helpful, kind and they explained everything clearly throughout my appointments. I never felt pressured in any way, and the aftercare has also been excellent. They have really helped me and I highly recommend them.

I wish I had been to see Peter long ago!! Peter and Francesca are lovely, friendly people. It was a very professional service from the initial phone call, right the way through the process. Peter put me completely at ease throughout the surgery and helped with my fear of needles/injections. The process was pain free and I already feel so much better.

I'm a new patient and was treated this morning for a very painful ingrowing toenail. The whole experience was fantastic. The receptionist and podiatrist were very friendly and clearly take a genuine interest in the patient. I felt reassured throughout and the work itself was quick and painless. I would highly recommend Rugby Podiatry.

Outstanding. From the friendly and helpful conversation on my initial phone call to experience of my appointment - a warm welcome from Francesca to the thoroughly professional treatment from Peter. So pleased I found Rugby Podiatry and I thoroughly recommend them to anyone who has a problem with their feet. Five very well deserved stars!

Fantastic, friendly and effective service.  Had suffered with painful toes for a number of years.  After being fitted with bespoke orthotics and getting properly fitting shoes, the pain has significantly reduced in severity and frequency, my posture and ability to walk for several miles at a time are also so much better.

Suffered with plantar fasciitis and other issues due to 12 hour shifts with flat feet and reliant on painkillers. Got fitted for some proper orthotics and within a couple of weeks my symptoms had gone! Worth every penny.

I have worn orthotics for years, but my visit to Peter Barrow for personal assessment and gait analysis was different from anything I had previously experienced.  His approach is very professional, analytical and the custom made orthotics I now use have improved my ankle strength, knee pain and gait.  At last I have stability in my feet and knees.

Write a review on Google

Requires user to be signed into their Google account to be able to leave a review.